A Foxtrot for New Homeowners

During this past weekend’s Big Game, CBH Homes tugged on the heartstrings of Idahoans with “Ain’t We Got Fun,” their latest TV spot that pairs timeless music with a bold visual style to convey nostalgia and excitement about becoming a first-time homeowner. The Big Game is one of the most-watched sporting events of the year; a time for brands to put their best work front-and-center. Considering “for the ambitious” is Drake Cooper’s mantra, we figured this would be a great time to put it into literal motion by developing our most ambitious commercial concept yet.

“Ain’t We Got Fun” is a foxtrot written in the early ’20s by Richard A. Whiting that jauntily addressed poverty in an otherwise prospering nation. It has been featured in some of the most famous cinema and literature of that decade, including F. Scott Fitzgerald’s The Great Gatsby and Dorothy Parker’s Big Blonde; even more recently in By the Light of the Silvery Moon (1953) and On Moonlight Bay (1951).

In short, it’s a song about finding blissful moments in the midst of the day-to-day chaos.

One of the most difficult financial decisions a couple can make is purchasing their first home. Touring homes, filling out paperwork, and scrambling to get the money together — it’s enough to drive anyone crazy. But when it’s all said and done, it’s just you, your partner, and a new home full of unpacked boxes. That has the power to be an incredibly blissful moment, and that’s exactly the moment Drake Cooper set out to create in “Ain’t We Got Fun,” the latest 30-second TV spot for Idaho’s number one homebuilder and the nation’s #37 homebuilder according to Builder Magazine.

The concept is simple in theory but challenging in execution. To help achieve the long, continuous shot through the house, Drake Cooper/Studio partnered with a company called Motion State out of Seattle, WA. They specialize in gimbal technology, which is a device that stabilizes cameras to eliminate shakiness. Gimbals used for cinema cameras can be quite cumbersome and, in this case, can require three people to operate: one to hold the gimbal itself, one to remotely control the camera’s direction, and one to control the focus.

When the gimbal operator got to the window (which was glassless, for the sake of the camera move), it was handed off to the assistant camera, or AC, who continued the move into the yard.

Once the commercial was shot, it continued to visual effects or VFX. Using Adobe After Effects, our VFX artist created a digital replacement for the window that ripples as the camera moves “through” it.

The music came last. Whiting’s “Ain’t We Got Fun” is in the Public Domain, which means it has been more than 70 years since it was published, making it free-to-use in any creative works, both personal or commercial. However, Peggy Lee’s rendition of the 1920’s classic (the one that inspired the concept) was recorded in 1958, which meant it couldn’t be used. Rather than scouring stock music websites in search of a musical sound-alike, we kicked the project over to the folks at Audio Lab in Garden City, ID to do a custom arrangement of the song specifically for this spot. Once it was written, they reached out to singer-songwriter Eilen Jewell, who sang the song in the style of a 1950’s jazz singer.

The end result is a TV spot that we hope evokes feelings of warmth, love, and perhaps even nostalgia. It serves as a reminder to couples young and old to take a moment to step back, enjoy the little things, and dance like there’s no one else in the room.

For more, check out CBH Homes’ Blog on the spot here.

Let’s talk about the ads that made us laugh, cry, or cringe. Among the 99.9 million viewers were at least nine DCers. So here are their takes on ads they loved or didn’t love. 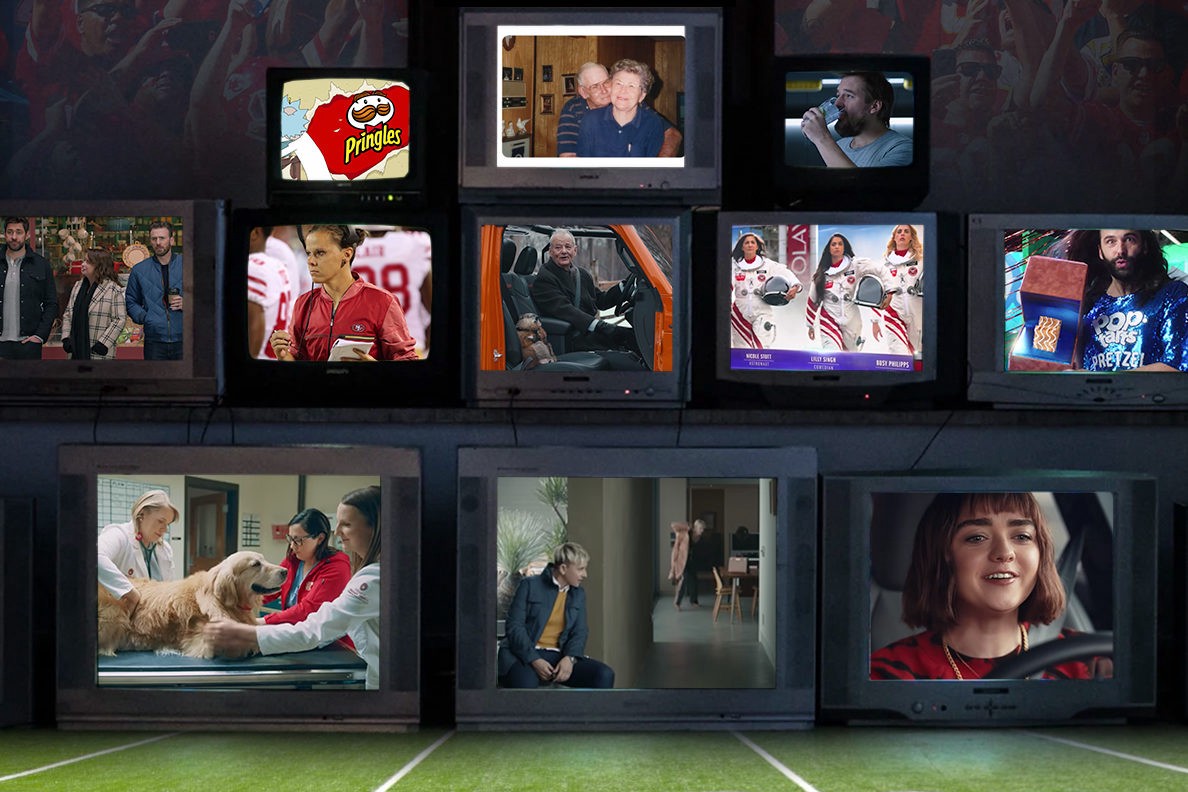