Kount Rebranding Counterintelligence
For both online and brick-and-mortar retailers, Fraud is a very real and present danger. The problem is that most of the solutions out there approach the issue with a flavor-of-the-week technology sell. What’s lost in the mix is the end game of staying ahead of fraud and building one’s retail business.
Rather than jumping into the fray of fear-based messaging and incomplete solutions, Kount came to Drake Cooper to revitalize its brand strategy and online presence.
The “Certainty Ahead” direction speaks to the end benefit of fraud prevention. Unlike other piecemeal fraud prevention technologies, Kount offers a turnkey, end-to-end solution that supports and drives commerce by protecting the bottom line, preventing fraud, and maximizing productivity.

The new brand and messaging speaks to a proactive mindset that tackles today’s problems while preparing for tomorrows problems as well. A graphic arrow device connects the messaging of “out-thinking,” “out-smarting,” and “out-pacing” fraudsters with Kount.

Behind the killer new look is some smoking back-end functionality with an optimized site platform utilizing Word Press to allow for easy updating and site maintenance on the client side. It’s smart and lean, keeping Kount on the frontlines of fraud prevention. 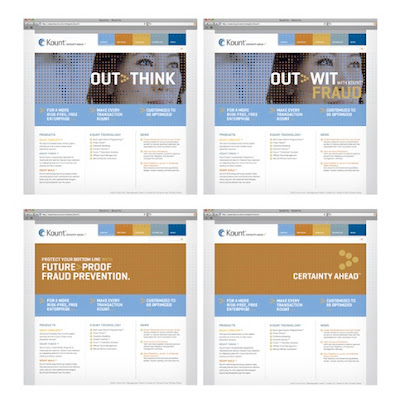 The identity package featured a new business card designed to look like a credit card complete with the messaging of “Make Every Transaction Kount.” 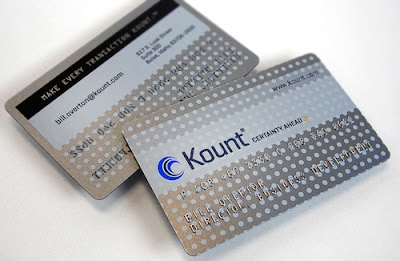 With the revamped brand identity and site, Kount has hit the ground running. Just after the site launched, Kount announced an exclusive partnership with Chase Paymentech, who processed more than 18.0 billion transactions with a value exceeding $409.7 billion, including an estimated half of all global Internet transactions. Now, while we’re not taking all the credit, we’re excited that Kount’s new brand and messaging arrives at this pivotal point in its business cycle.
Shout-out: Brandie Holly, John Drake, Dennis Budell, Sean Young, Joe Quatrone, Jennie Myers, Justin Yonk, Matt Stevens, Karma Jones, Amanda Cash-Crowley.

In honor of Earth Day, here are some eating green ideas to help Mother Earth.   Check out this…