If your brand is pumping out an aggressive amount of mediocre content, you may want to rethink your strategy because brands are fighting to have their voices heard now more than ever before. This Google Trends graph shows the insane growth of content marketing over the years, and also the increased competition that comes with it.

Marketing in this age means contending with an intimidating amount of clutter and noise – which means the content a brand produces needs to be captivating, engaging, and impactful. The following ten content marketing efforts separated themselves from the competition in 2015 with ingenious strategies that left a lasting impression.

At number 10, we have the Moz blog. The Moz blog remains a great source of information about the latest search statistics, algorithms, rankings, and Google data. Moz consistently uses innovative techniques to provide readers with knowledge and informational “how to’s” on industry topics – take, for example, this infographic showing their year in review. They are experts at deciphering and relaying technical information to readers in an easy-to-read and comprehensive way.

The takeaway from the Moz blog is straightforward: know your demographic and answer their questions.

You may be thinking, “What the hell did I just watch?” I don’t blame you, that’s a logical response – honestly, it’s a little scary how the combination of washed-up actors, NFL players, and mixed martial arts make for the perfect video.

Trying to explain this video is ludicrous but I’ll summarize it anyway: Dave Franco with a mustache, McLovin’ from Superbad, 49ers quarterback Colin Kaepernick doing an atrocious impression of Al Pacino, Patriots tight end Rob Gronkowski shooting footballs out of a bazooka-ball-back-mounted weapon, Rex Ryan getting killed by a football, roses, explosions, dinosaurs, and choreographed dancing.

You know when something is so ridiculous it’s actually brilliant? That’s truly the only way to encapsulate everything going on here. The video sells itself, and you feel obligated to share it with friends the moment you’re done watching. Bam. Content viral brilliance. Well played, Madden: The Movie crew.

Have you ever read a ‘Top 10 content list and not seen Red Bull on the list of names? I didn’t think so. At this point, you’re probably sick of seeing their name on these types of lists. Yet every time you log on to Facebook and one of your friends posts one of their insane videos, you immediately stop scrolling, click play, and watch as the 10-year-old skateboarder nails some impossible trick. Before you know it, you’re stalking Red Bull’s YouTube channel to watch videos of athletes flying between mountaintops, jumping out of planes without parachutes, and surfing 80-foot waves. You watch and watch – and you want more. When your viewers can never get enough of what you are creating..that’s the beauty of great content.

Red Bull is a content-producing empire that also happens to sell energy drinks. They’re a content giant on YouTube, Facebook, and countless other social media platforms, and quite frankly, it’s a little annoying how good they are, but damn, this Tyler Fernengel BMX session is impressive.

GE is quickly making a name for themselves when it comes to content marketing. If you’re sick of hearing about Red Bull, then jump on the GE bandwagon. Their brand pumps out TV shows, an online magazine called GE Reports, a web series, and incredible podcasts. Yet, their real money-maker is their online magazine, GE Reports.

GE Reports depicts insane research taking place inside the company. My personal favorites are written by former Forbes editor, Tomas Kellner. His pieces on GE Reports often go viral and end up on Reddit – which is a big feat, considering brands typically go viral on Reddit for funny memes, cat videos and heinous arguments, not for thought-provoking content marketing. GE is a perfect example of how staying true to your topic and audience can unlock brilliant content synergy.

If you follow journalism at all, then you know that the news industry is desperately trying to reinvent itself. It faces an interesting challenge as it struggles to stay relevant, trendy, and profitable.

In 2015, the New York Times once again became the go-to news source, experimenting with virtual reality and by launching an app you can use on Google Cardboard or your smartphone. The app fully immerses users into news stories in a way never thought possible. The app comes free of charge and simulates deeply engaging displays from all over the world.

A successful content strategy should cover what your company leaders are passionate about, what your business excels in, and what your team does better than anyone else. Case and point: Autodesk’s Line//Shape//Space blog. If you didn’t already know, Autodesk publishes 3D printing software along with tantalizing stories related to 3D printing and manufacturing. Their stories are consistently shared throughout their devoted audience, and in the last year, they have accumulated awards from the Webbies, the Content Marketing Awards, and Digiday.

When a company first starts a publication, they are presented with a unique dilemma: finding what they want to communicate, and who they want to communicate with. If a company narrows its scope, it limits the ability to expand its following – if a company tries to master it all, the audience won’t have a clear understanding of what they do. Autodesk has done a masterful job of sculpting the perfect niche for its publication – something that has been known to make or break many publications before.

Ever since 1988 and the debut of its first “Just Do It” ad, Nike has undoubtedly been the undisputed champion of the sporting goods marketing world. Their Northwest-based brand is infused throughout the American lifestyle and plays a crucial role in our athletic and hip-hop cultures. Their inspirational content has an aura all its own – the moment a Nike commercial comes on viewers know immediately that it’s Nike. Strong brand recognition such as theirs is hard to come by without forcing product logos down people’s throats.

Every bit of content Nike churned out in 2015 was easily identifiable to billions of consumers around the globe. Their fantastic brand awareness is comparable to only a select few brands, and they continue to grow stronger every year. From the signing of top-tier athletes like Michael Jordan, Tiger Woods, Cristiano Ronaldo, and Lebron James, to empowering videos for women all over the world – Nike has a stranglehold on the sports apparel market and the active lifestyle, and it doesn’t look to be changing anytime soon.

There may not be another Netflix show with a following as devoted as House of Cards. Netflix’s political powerhouse drama took things to the next level in 2015, adopting a ‘these people are totally real’ mindset. The show has a full election website that puts current, real-life presidential nominee’s websites to shame, and a commercial that aired during a presidential debate. Upon perusing the site and seeing the commercial, you forget that these people are actors – which I suppose is the entire point of their craft.

All in all, the show does a masterful job of creating a consistent stream of content. The House of Cards campaign (literally and figuratively) is a perfect example of how to strategically release key content pieces to generate excitement for a big launch.

My heart is pounding after watching that video. Is yours? GoPro has transformed the visual content world. The video camera company’s full content strategy is built around its users and their visuals, and boy do they love their videos. GoPro’s YouTube channel alone has 3.8 million subscribers and hundreds of thousands of other subscribers to its supplementary channels such as MX, World, and Tutorials. Their Instagram page is no joke either, with 8.2 million followers, and equally mind-altering videos and pictures.

GoPro has an unfathomable amount of stories to tell, and they share them in a very visual way. They transcend the competition not with their strategy alone (although their strategy is amazing), but with the way they showcase their product. But that’s just it, they don’t showcase their product. In fact, it’s practically nonexistent in their marketing efforts. Rather, GoPro focuses on its users and their experiences. For them, it’s about being a hero (also, the name of their camera) and using content created by animated users – who after being published on such a high platform, become public heroes themselves.

Finally, the moment you’ve all been waiting for, our winner, Marriott. These guys didn’t just put together a remarkable short film, they started from the ground up and built one of the raddest branded content studios in the U.S over the course of 2015.

Marriott’s Emmy-award-winning short film, Two Bellmen, takes a similar approach to that of Red Bull and GoPro, that is, abolishing their logo wherever possible in the short film.

Two Bellmen incorporates choreographed movement and music with a focus on two bellmen, Christian and Gage, who are employees at the JW Marriott property. In the story, Marriott plays host to an art exhibition featuring priceless works of art, during which, the bellmen confront a band of art thieves known as the “Purple Panthers.” The Purple Panthers attempt to steal an invaluable painting and the bellmen venture far outside their job title to save the day.

Two Bellmen’s executive producer, David Beebe, believes that this short film is the first of a potential franchise and Marriott’s focus moving forward will be on telling great stories instead of trying to excessively sell their hotel rooms. So, there you have it – the content genius of talking about your brand without actually talking about your brand.

So why are brands such as Red Bull, GoPro, and Marriott avoiding the use of overt brand plugs? Well, by taking a less logo-heavy approach, a brand can build trust with their consumers while also making their content tempting to other channels. People no longer want to just watch a 30-second informational spot, they want to connect with great stories.

With the mass influx of branded content this year, coming up with a top 10 list of the most influential content marketing was genuinely difficult. There are so many brands pushing boundaries and coming out with awesome content that it’s hard to see it all. That’s why, with every passing year in the content marketing world, it becomes increasingly important for brands to ‘wow’ marketing-savvy crowds.

Who will take home the crown next year? Will Flo, the Progressive Insurance lady finally get her own spinoff and launch a hit comedy show on TBS? Will there be a brand more daring than Abercrombie and Fitch with their wise move to offer Mike “The Situation” money NOT to wear their clothes? Who knows, at this point you have to expect anything – except anything involving Nicolas Cage. I have to draw the line somewhere.

We Built an Office Bot to Assign Chores

Our office had a hard time completing chores. We built a bot in Slack to fix that. 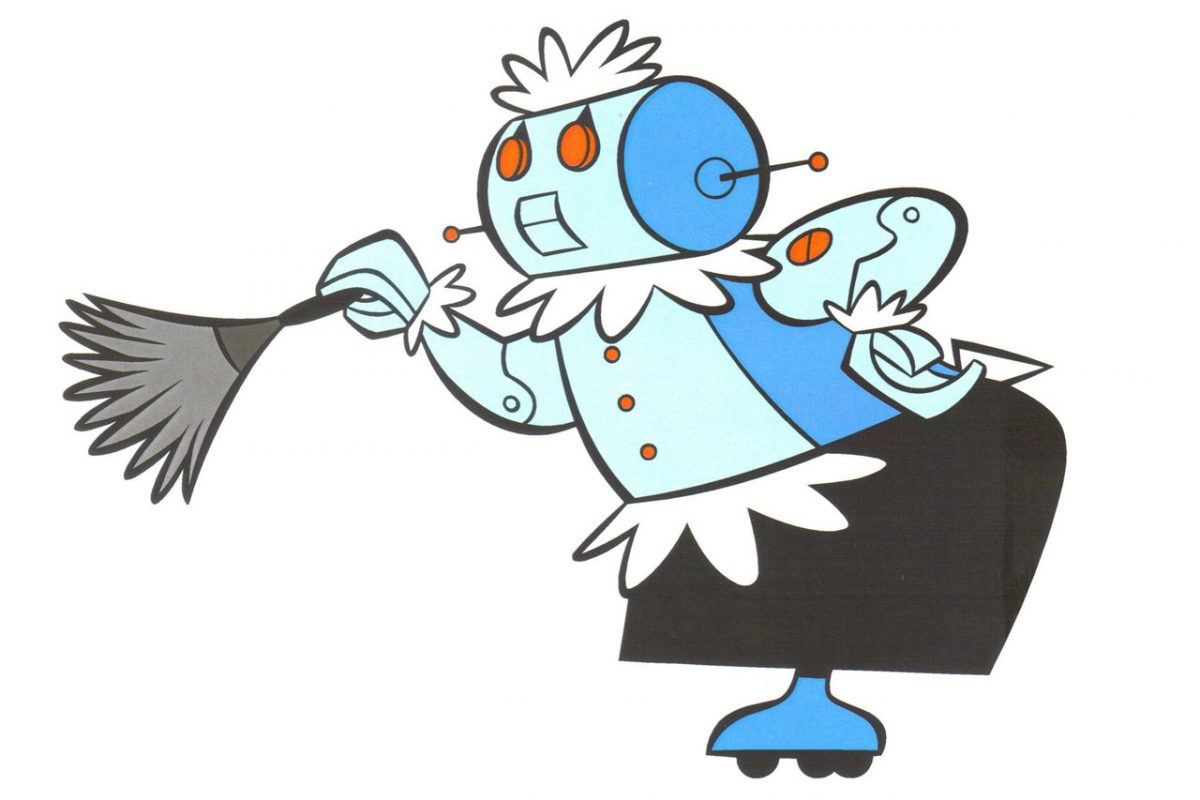