The Economic Impact of Advertising in Washington, Oregon, and Idaho

How much does advertising contribute to the economy in the northwest? Turns out, a lot according to IHS who recently released a study documenting the economic impact of advertising across the U.S.

IHS estimated that companies spent $297 billion on U.S. advertising last year. With this figure in tow, the research firm then went on and attributed the sales activity that was directly stimulated by advertising (promotion/awareness) and then added sales that were indirectly stimulated (supply chains) and also included the induced sales (employees hired to deliver promoted products). It’s a good modeling approach that was first developed by Dr. Lawrence Klein, recipient of the Nobel Prize in Economics.

When combined together, the $297 billion spent on advertising drove an additional $5.5 trillion in U.S. sales. Beyond this, here are the top three impacts that advertising has on our national economy:

So how does advertising impact our northwest economy?

First, in terms of adding value to an individual state economy, Washington trends right along with national averages, supporting 18.5% of its state economy. Idaho and Oregon both trend under the U.S. average but are still notable. Five years from now Washington and Idaho will grow in their state impact while Oregon will decrease a bit.

On average, the value added from advertising spending represents 17% of northwest’s economy.

On average, advertising comprises 12% of the job market around the northwest.

Looking ahead, IHS forecasts that the economic outlook for advertising will demonstrate an average annual growth rate of 3% through 2019, bringing total U.S. ad spending to $349 billion. There is no current reason to believe that the northwest shouldn’t trend close to these growth figures during the next five years.

We are now more than halfway through the NFL season, and we’ve already seen a slew of injuries and record-setting… 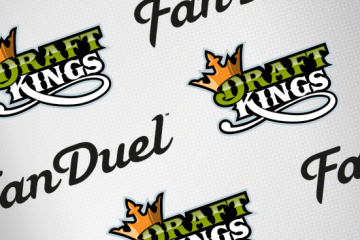